It’s all thanks to being a union activist that I began my journey into fitness. I wanted to learn how to fight, and transfer that knowledge into a campaign to protect a service that meant the world to me. So one day I walked into a martial arts and boxing gym. Not something that I’d say was in my comfort zone at that point, but at the same time I very much wanted to become a skilled fighter. I wasn’t going to get that via an X-Box. 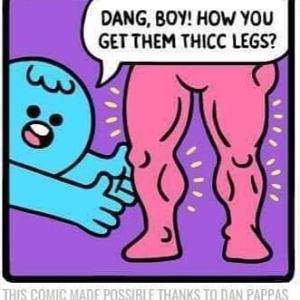 All I had to do was commit, and just keep on coming back. Day after day, week in, week out. I had that down. I practised to my best possible effort. I couldn’t do any more than that.

I knew from early on that I didn’t have natural talent for fighting. What set me apart from other fair-weather gym members was my consistency. I had few responsibilities at that point, beyond my chosen struggle, and I worked office hours. So I could plod along like a training machine. I was at the gym most days. I clocked up hours of training, pints of sweat, many bruises. I make it sound dull, but I loved it. My favourite thing in the world was to be in that circle of lads running around to speed garage for the warm up, knowing that an hour’s worth of circuits, bag work, pad work and sparring lay ahead. However, if you had made a Rocky style montage of my 7 years of martial arts and boxing training, it would have been pretty repetitive.

Like a wave crashing on a cliff face, the repetition changed me, in the way that I wanted. I didn’t become a good boxer. Never mind. Instead I became a super-fit, focused activist with a lowered tolerance for wasted energy.

When I looked around at the union movement I saw two things that disturbed me. One was that many of our people were struggling healthwise. A lot of UNISON members work caring for others. This is massively demanding both physically and mentally. Shifts play havoc with sleeping and eating. I saw members at conference who could hardly climb stairs. When the body is so exhausted, how can we be at our best to resist attacks on our lives, and lift our heads to win gains and improvements?

A second group of union activists outright angered me. These were the ones who had the luxury of devoting more time to thinking about the way that the world is, and could be. They were almost part-time would-be world changers. Always wanting to ‘smash’ something or other, and so sure that their way was the one to follow. What pissed me off was their total lack of reflection on their methods and objectives. They would propose an action, pour many hours of volunteer time into preparing for it, and declare it a wild success even when nothing had changed as a result.

In the boxing gym or the martial arts dojo this would be like spending 20 hours a week coming in to practise a golf swing. Then on fight night standing outside the Octagon miming the golf swing, before declaring yourself the winner.

Every exercise or drill should have a purpose. We do road work to build cardiovascular and mental stamina for the rounds. We do pad work to fine tune our angles. We do the washing line drill to improve our head movement. If this amount of attention and evaluation goes into refining a sport that essentially consists of six punches thrown by two limbs… how can people who say they want to change society for the better live with paying so little attention to the impact of what they do?

Sport and unions are both things that bring people together in big numbers. They can also both teach us precious lessons about the world. Some crossover is inevitable. In the past, the crossover was intentional. Workers’ organisations consciously formed sports clubs, teams and competitions, even up to the continental scale. It was understood that sport and physical training built strength, discipline, unity, confidence, focus. Nowadays, the world of social change has forgotten the importance of the body. Action is talked about, at meetings, on leaflets, in speeches. But the action proposed is not linked to a plan. Our bodies perform mindlessly, without observation or reflection. There is no training to improve us, make us stronger, help us to win.

I couldn’t stand this failing. I’m not going to practise a golf swing 5 nights a week when I could be sharpening up my shin kick… I wanted to revive union sport. I shared my vision with my UNISON branch and they backed me. We bid for some funds to hire the Alexander Stadium.

The purpose of the UNISON West Midlands Regional Games was:

In this interview recorded live by Switch Radio at the 2018 UNISON West Midlands Regional Games, I talk more about my vision behind the project. Unfortunately the sound isn’t great. My contribution starts at 1:35:30, but if you listen to the whole thing you will also hear from others involved with the day, including Lincoln Moses of the Holford Drive Sports Hub, and one of our special guests, Cat Smith, world junior deadlift champion with the IPF. Click below to listen. 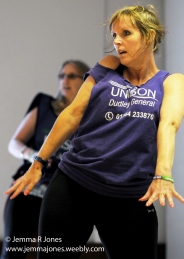 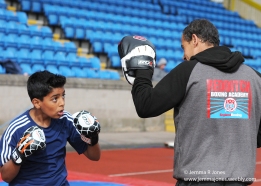 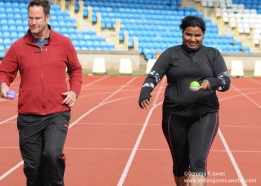 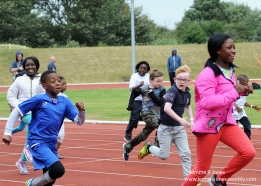 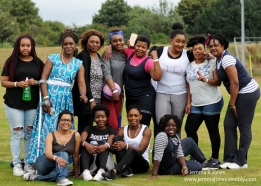 The events were a massive amount of work for an inexperienced volunteer team, all with day jobs, to pull off. If it wasn’t for the hope and vision that I had in mind, there’s no way that I could have committed and sustained the personal effort on my part. I was clear that we must build in evaluation to check if we were hitting these objectives. Each time we got feedback from attendees and the members of the Games team, and each time it was overwhelmingly positive. You can see some of the photos here and here (there are more still to be uploaded from 2018). There’s no denying the beautiful smiles on show. But, like a grumpy sensei, I wasn’t happy with the results… I felt that it might as well be praise for an excellent golf swing.

I don’t think I managed to share my vision well enough.

If I don’t try to improve based on observation, evaluation and reflection, then I’m no better than those I criticise. So now my idea baby must evolve.

In my next post in this series – this is part 1 of at least 3 – I’ll show you some of the ways that sport has been a social force in the union movement of the past.

One thought on “Eyes set on the goal” 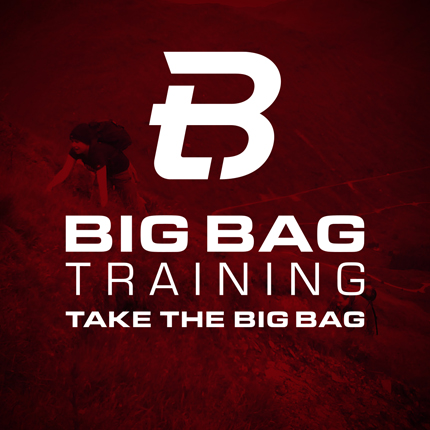 Some socialist ideas about society, the earth and their interaction

the outlet for inquiry and exploration in the context of dietetics

DIY or Die: Survival in a Post-Apocalyptic World

(or in this world we have already)